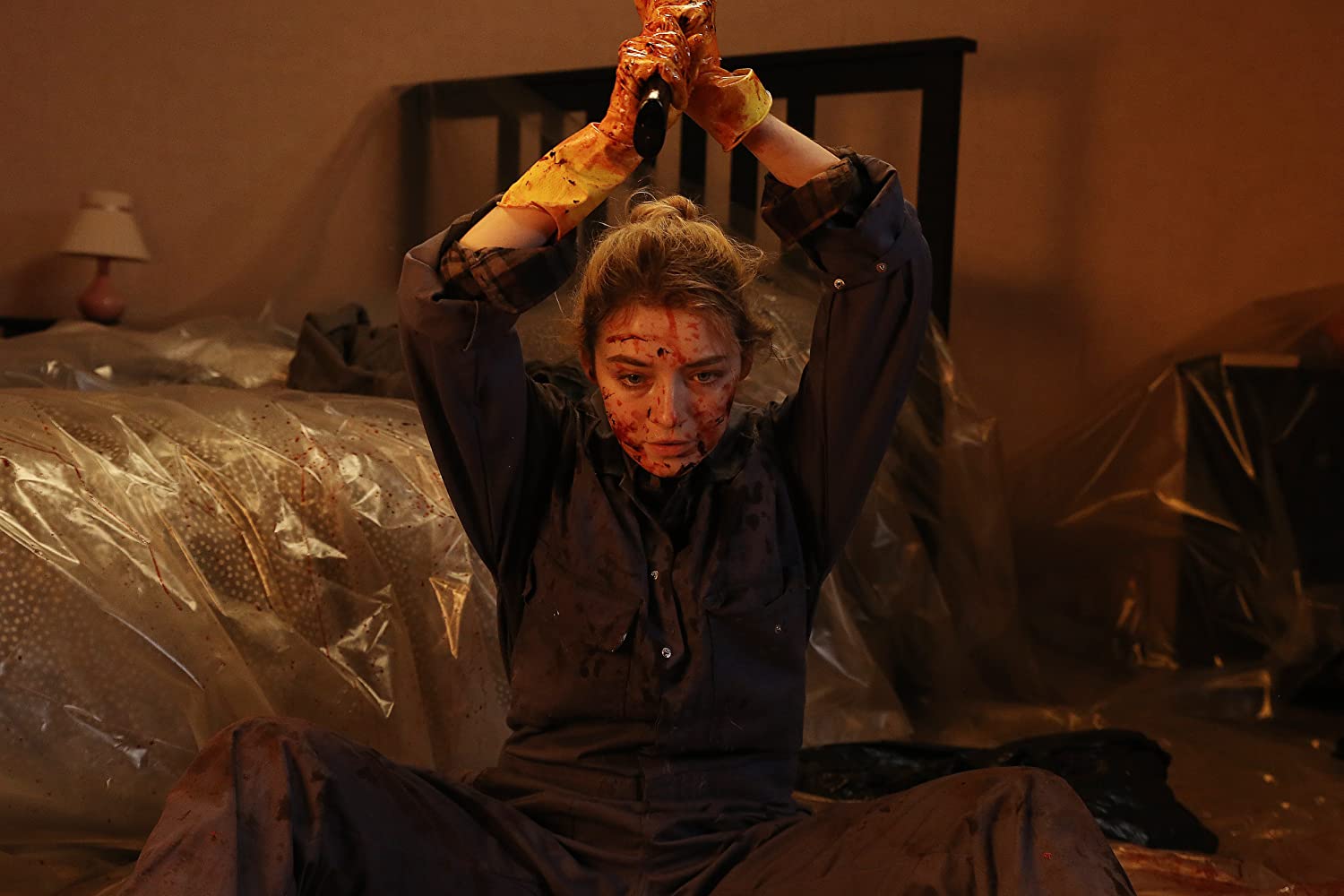 The moment you see Sarah (Sarah “The Lazarus Effect” Bolger) turning the house upside down while looking for batteries for her non-working vibrator and hear her say “Thank you Jesus” a little later with visible relief, it seems as if she’s a completely different character than the woman who came into the picture at the beginning of the film. Admittedly, a woman who still mourns her recently deceased husband. But then without blood splashes in her face and on her body. After seeing “Becky” only recently, “A good woman is hard to find” is yet another revenge film in which a desperate woman takes a thorough revenge on those who made her life a living hell. Not that she suffered physical injuries. But the murder of her husband and the way in which she is treated by society makes sure that it’s best your not going to stand in Sarah’s way. Those who do will experience the painful consequences.

The only thing I found a bit unrealistic was the constant apathy and misogyny displayed here. Never thought there were so many rude, insensitive and tactless people in the UK. A shop assistant who treats Sarah like a utensil and makes use of a fairly sexist language. A psychologist who shows a lack of tact. But especially the way the police treated her was totally implausible to me. Even if the activities of the deceased husband were not too kosher, that doesn’t mean that this widow should be treated in such a low-minded, condescending way. And while the drug gang is notorious in this district who don’t treat annoying individuals in a gentle way, it seems as if they are unknown to the local police.

In any case, “A good woman is hard to find” has a more realistic character than, say, a film like “Becky”. The bleak and hopeless situation Sarah finds herself in. The gray slums in Belfast, Ireland, where drug trafficking is rampant. Lawlessness seems to be a standard in this social neighborhood. And the revenge actions can also be called quite brutal. And at the same time more plausible than in other films. When Sarah goes to the local hardware store and starts purchasing a whole arsenal of working tools, you can expect nauseating scenes. Not that it’s explicitly portrayed. But the background noise and slow-motion images leave nothing to the imagination. Immediately I was thinking about “American Psycho”.

Although “A good woman is hard to find” is a fairly conventional thriller that doesn’t deviate from the standard rules of the genre, there are still some elements that make the film rise above average. There’s the admirable acting of Sarah Bolger. A woman who has to deal with the loss of her husband on the one hand and then realizes that he actually lived a different life. The impetus for the rising violence can be traced back to petty thief Tito (Andrew Simpson). Stealing a load of drugs, belonging to the local drug lord Leo Miller (Edward Hogg), and using Sarah’s house as an alternative storage place, he forces Sarah to defend herself as a determined lioness. Also, those two roles (Tito and Leo) are played properly. And finally there’s the film technical aspect. Solid image quality. “A good woman is hard to find” is in all respects a dark and depressing film that shows the harsh reality of life in a hard and realistic way. An intense trip, as it were.